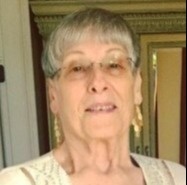 On Sunday, May 15, 2022, Zola Ann Bowden-Barton passed away in Bay St. Louis, MS after a significant battle with cancer.

Zola was born on January 18, 1943 in Hamshire, TX. She was the eighth of nine children to Dennis and Adonicia Meloncon. She grew up in Hamshire and graduated from Hamshire-Fannett High School. Following graduation, she attended St. Elizabeth's and Hotel Dieu where she graduated and became a certified X-Ray Technician. Throughout her life she worked at various hospitals and with the advent of computerized tomography (CT) scans, she crossed trained and became a CT Technician. She was one of the first CT Tech's at Humana Hospital in Ft. Walton Beach, FL. She was held in high regard and was recruited to St. Mary's Hospital in Reno, NV where she worked for 30 years as a CT Tech and Instructor. Throughout her life she placed others first as evidenced by the households she managed while supporting a 20-year Air Force spouse through multiple war time deployments.

The family would like to extend special thanks to Memorial Hospital Gulfport Palliative Care Team and Notre Dame Hospice Care Team, Kayla, Kendra, and Stephanie.

Edmond Fahey Funeral Home in Bay St. Louis is honored to serve the family and friends of Zola Ann Bowden-Barton.
To order memorial trees or send flowers to the family in memory of Zola Ann Barton, please visit our flower store.