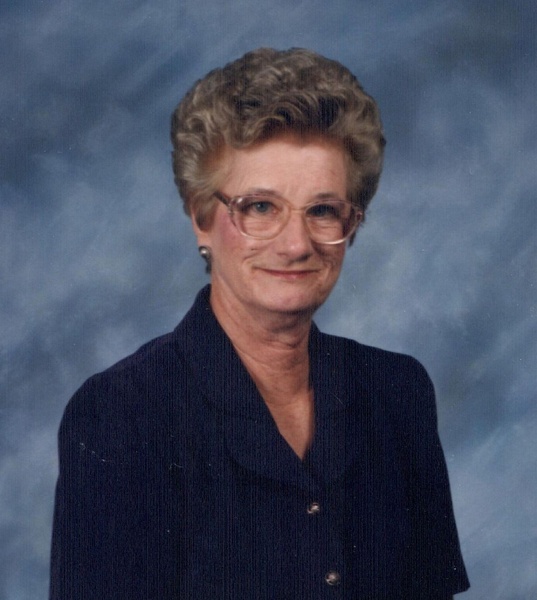 Virginia Alice Smith Ashley of Bay St Louis, MS passed away peacefully on Tuesday, February 22, 2022, surrounded by family and friends.
Alice was born on June 30, 1935, to Naomi Ruth Legg Smith and William Harrison Smith and was raised in Moss, Mississippi, until she was an adult. She then moved to Jackson, Mississippi to live with her sister Pauline. She worked at a Dairy in the fifties keeping the books for them, and left in the late fifties to work at Golden Jewelers until she met the love of her life Gordon Ashley Jr. They were married on April 13, 1959. They moved to Bay St Louis shortly after. She worked at Dollar General and then Fahey Drugs in 1967 until she had her first and only child Pamela Dolores Ashley Bermond, born on February 3, 1968. Alice loved talking to anyone a lot and for a looooong time, whether in person or on the phone. She also loved shopping; she could open the stores and shut them down and never got tired. She was also the President of the Neighborhood Watch; at least, we laughed and said she was. She could tell you who came and went, what they were wearing and what they were driving. She also loved cooking and baking. She always cooked a hot lunch and a hot dinner for her husband, who was fortunate enough to come home every day. Her specialties that a few people loved were her Fresh Coconut Cake, Fruit Cocktail Cake, Peanut Butter Pie, and Crispy Homemade Fried chicken.
She was preceded in death by her husband, Gordon Ashley Jr; parents, Naomi Ruth Legg Smith and William Harrison Smith; brothers, Gilbert Smith (Katherine) of Laurel, MS; Burlus Smith of Laurel, MS; sisters, Pauline McAlpin (Hugh) of Jackson MS, Mary Ruth Sumrall (Joe) of Laurel MS and Billie Sollberger (Lawrence) of Laurel, MS.
She is survived by her daughter Pamela Dolores Ashley Bermond (Victor) of Waveland MS; granddaughters, Amanda Leigh Bermond Scafidi (Joseph) of Waveland MS and Ashley Jordan Bermond (Doucet) (Galen) hitching on March 5, 2022; brother, Wallace Smith of Laurel MS and numerous nieces and nephews.
Visitation will be held Saturday, February 26, 2022 from 9:00 a.m. until 11:00 a.m. with a prayer service at 11:00 a.m. at Edmond Fahey Funeral Home in Bay St Louis MS.
A Graveside Service will follow at  Moss Memory of Gardens Cemetery in Laurel, MS at 2:30 p.m.
Edmond Fahey Funeral Home is honored to serve the family of Virginia Alice Smith Ashley.

To order memorial trees or send flowers to the family in memory of Virginia Alice Smith Ashley, please visit our flower store.