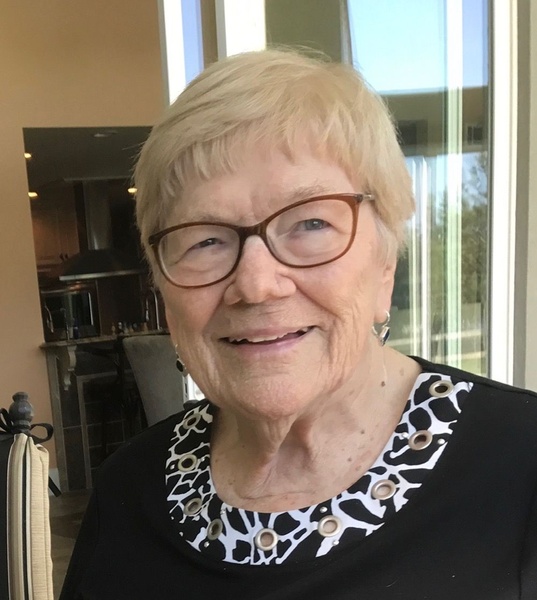 Vela Mae Rector McBride passed away Sunday, December 26, 2021 at home in Diamondhead, MS at the age of 93 with her daughters at her bedside.
She was born in Kentucky, moved to Hoopeston, Illinois where she attended John Greer High School after which she married James E. McBrode, also of Hoopeston. They then moved to Watseka, Illinois where she worked at Sears for thirty plus years. Upon retiring, they moved to Washington State then to Pass Christian, MS to be closer to family. She was a member of the PCI Nine Holers Golf Club and was a costume designer for the Mardi Gras Krewe of Timber Ridge. She loved to crochet, quilt and sew. She loved to sing gospel hymns with her sisters and play the guitar. She was also a member of the VFW, American Legion and the Moose Lodge. She was an avid football fan of the New Orleans Saints and LSU although she would watch any football games.
She was preceded in death by her parents; husband, James E. McBride; sisters, Virginia Stevens (Loren), Maxine Meece and Mary Lou Strain; brother, James L. (Carol) Rector; son-in-law, Mark A. Sando and brother-in-law, Charles McHugh.
She is survived by her daughters, Mary Anne McBride of Mountlake Terrace, WA and Cathy McBride Sando of Diamondhead, MS; numerous grandchildren, great-grandchildren, nieces, nephews, great nieces and great nephews; sisters, Doris McHugh of Collidge, AZ and Linda Duffin (Robert) of Hoopeston, Illinois; brother, Donald Rector (Sandy) of Decatur, IL; brother-in-law, Jr. Meece of Decatur, IL and Terry Strain of Des Moine, Iowa.
In lieu of flowers, donations in her name may be made to DAV or St. Jude's Children Research: 501 St. Jude Place, Memphis, TN 38105.
A special thank you to Southern Care Hospice, especially Teri, Ashley, Pastor James and Dr. Crittenden for their loving care and support of our mother. We were so fortunate to have her caregivers, Deena, Traci, Mary and Adrian who loved and cared for us all.
Visitation will be held Monday, January 10, 2022 at Edmond Fahey Funeral Home in Bay St. Louis from 10:00 a.m. until 12:00 noon with a prayer service at 12:00 noon to be performed by Pastor James Reardon. Interment to follow at Biloxi National Cemetery in Biloxi.
Edmond Fahey Funeral Home is honored to serve the family of Vela Mae Rector McBride.

To order memorial trees or send flowers to the family in memory of Vela Mae Rector McBride, please visit our flower store.