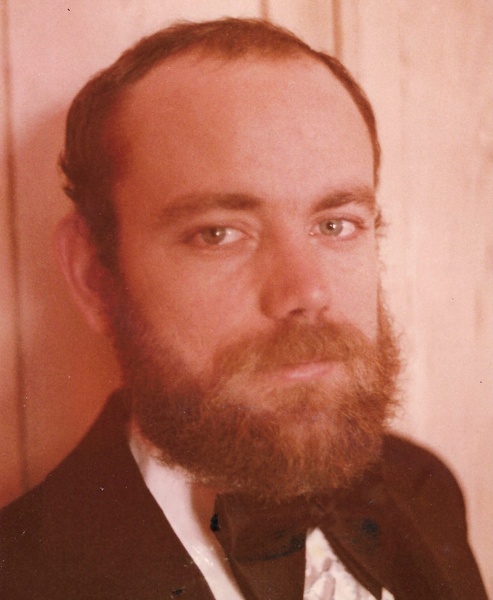 Stanley Lee Denton was born on Nov 1, 1949 to Lee F. and Gladys B. Denton in Stillwater Oklahoma and passed on to his heavenly family on Dec 30, 2021 after a long and arduous battle with cancer. He was preceded in death by his parents. Stan left behind a wide array of chosen family as well as his extended family. These include his siblings Carolyn Ann Denton (Trost) of Lafayette CO, Anita Glymour, of Wilburton, OK, James Clifton Denton, of Las Cruces NM, and Leta Jane Waldeck, of Tulsa, OK; six nieces and nephews, Bruce Glymour, Maria Glymour, Alisha Denton Loftin, Eden Denton-Speed, Dylan Waldeck and John Frary, and eight great-nieces and nephews Isaiah, Johannes and Coralee Glymour, Connor and Evan Loftin, Cambria and Maeslyn Speed, and Hadley Waldeck, and the children of his heart, Edvard Malyshev of St. Petersburg Russia and his beloved stepson, Eddie Key of Bay Saint Louis.

Stanley grew up in Albuquerque, New Mexico, making many friends, getting into mischief, and causing his mother to worry constantly. He later served seven years and  two tours in the United States Coast Guard as a radar technician on the USCG Mellon.

While stationed in New Orleans, he fell in love with the gulf region and eventually became a long-time resident of New Orleans and Bay St Louis, MS.  He loved the culture, the art, the history of the South, the endless water ways, but most of all he loved the people.  While living in New Orleans, he became an advocate for individuals who needed assistance in their struggle with substance abuse and addiction. His commitment to this was based on his own experiences with addiction. He became an active voice in the Gay Rights Movements, child welfare, and Alcoholics Anonymous. He lost many friends and loved ones to the AIDS epidemic. He completed his Master’s in Social Work at Tulane University in 1985.  After completing his degree, he launched his career at LSU Health Sciences. He helped countless people into and through recovery and assisted many individuals in recognizing who they are and their potential for who they could be. His work and personality brought him to touch people from all walks of life and allowed him to create an eclectic and vibrant social network.

Stan moved to Bay Saint Louis full time after Hurricane Katrina.  As a community activist there, he helped revitalize the Harbor Street Boat Launch by writing grants to fund updating the launch, dredging the canals and planting the nature path around the park with indigenous plants. After several rounds of prostate cancer, and related health issues, as well as two major automobile accidents in the wake of hurricanes, Stan became mostly wheelchair-bound. He spent many hours creating and tending his vegetables, flowers and water gardens on the bayou of Bay Saint Louis, creating a meditative wonderland outside his back door. When not in the gardens, or drinking coffee on the porch with dear friends, he spent hours in his pottery studio creating beautiful, imaginative pieces. Many vases and bowls were displayed in state fairs, sold in arts-and-crafts festivals and gifted to friends and family.

One friend said, “It is hard to describe him in words”, because Stan was so funny, outrageous, and kind.  He made everyone laugh and he did not tolerate bull malarkey. He loved practical jokes. He was full of ideas – many of them outlandish and ill-advised  – but always good hearted and they made for wonderful stories.  Stan thrived on creating community and bringing people together.

Stanley led a life of uncommon courage and even greater generosity. He was loved by many and will be missed by all.  His family hopes those who loved Stan will join us to share stories and celebrate his life from Noon to 4:00PM on April 30, 2022 at the Hundred Men Hall in Bay St. Louis. Services will begin around 1pm, but the family invites anyone to come share stories and chat before then.  Stanley asked that anyone inclined to send flowers instead please donate funds to an orphanage. Since we do not think there are any orphanages left in the US, we recommend the National CASA (Court Appointed Special Advocates for children: https://nationalcasagal.org/).

His family hopes those who loved Stan will join us to share stories and celebrate his life from Noon to 4:00PM on April 30, 2022 at the Hundred Men Hall in Bay St. Louis. Services will begin around 1pm, but the family invites anyone to come share stories and chat before then.