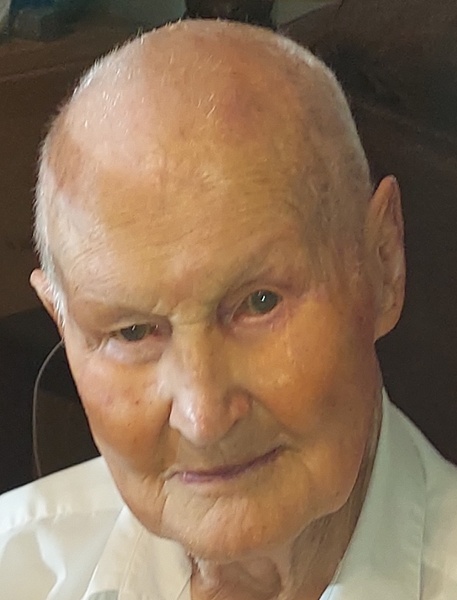 Mr. Bob lived a long and successful life. He was born in Toccopola, MS in 1926. He entered the U.S. Navy at 17 and served for 7 1/2 years. He was a Corpsman in the South Pacific campaign during World War II, serving in the Marshall Islands, Solomon Islands, and the Philippines.

Upon leaving the Navy, he entered the University of Mississippi and graduated from the School of Pharmacy in 1954. Mr. Bob was a practicing pharmacist until his retirement from the VA in the mid-1990s. During his career, he owned Beach Economy Drugs in Bay St. Louis, was Chief Pharmacist at the Beckley, West Virginia Appalachian Regional Hospital, and coordinated the Outpatient Drug Clinic at the New Orleans VA.

Mr. Bob was a longtime member of the Bay St. Louis Church of Christ. In addition to being a member, he served as song leader, Bible class teacher, and Elder.

There will be public visitation at the Edmond Fahey Funeral Home in Bay St. Louis, MS, on Thursday, June 2, 2022, from 9:30 A.M. to 11:00 A.M. Funeral services with full military honors will follow at 11:00 A.M. with interment afterwards at the Gulf Coast Memorial Cemetery and Mausoleum: 2177 Longfellow Drive, Bay St. Louis, MS.

Mr. Bob loved nothing more than spending time with his family and his church and spent his life caring for those in need. He was greatly loved in his life and will be missed every day until we see him again.

Mr. Bob and his wife were longtime supporters of Sunnybrook Children’s Home, in Ridgeland, MS as well as St. Jude Children’s Research Hospital. In lieu of flowers, the family suggests donations to either of these fine organizations or the charity of one’s choice.