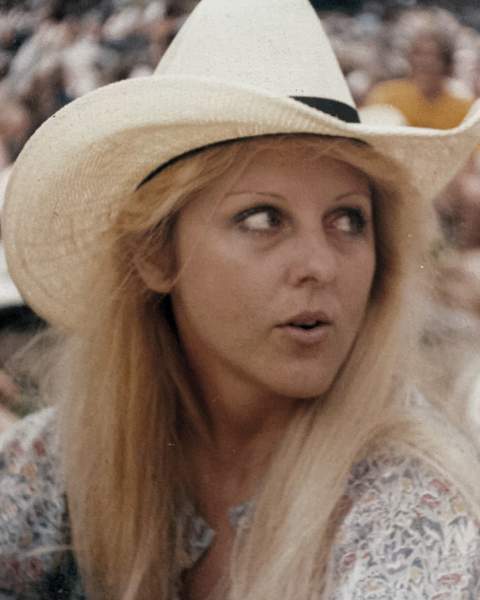 The unofficial mayor of State Street, Maureen Louise Blanchard, 73, has departed into the great hereafter.

Maureen was born into a Gulf Coast military family but she started her life in the “Golden Era” of California along with her siblings Moe and Sue. Though proud of her father’s service in the US Air Force, Maureen chose a more independent, artistic life (probably because of the spirit of her late mother Myrtle). Skipping from one state to the next, her time in Vail, CO, Atlanta and Savannah, GA, New Orleans, LA and New York allowed her untold life experiences that brought her to the interests and intersections of gemology, illustration, and vintage clothing. Later in life, she revitalized a dozen residences in the Waveland and Bay St. Louis area; most notably, ten historic homes on the northern end of State Street. Maureen was a nature and animal lover, with several beloved cat and dog companions shadowing her over the years. Her arthritic dog Watson was by her side until his passing this year on Independence Day. She was incredibly concerned about climate change and for the avian and aquatic life of the greater Gulf Coast, though she never skipped out on devouring deviled crabs, royal red shrimp and an occasional filet of flounder. Maureen was an often-called upon professional in the national Antiquing and Vintage scenes. Her deep knowledge of furniture, WPA-era art, jewelry and clothing was endless, with clients as far as Australia and Europe. As an artisan, she produced handmade wares that were of extreme beauty and detail. She also kept meticulous genealogical records, a rather consistent pastime she shared with relatives. Her gift of telling Blanchard tales of mythic proportions were thoroughly revered by her friends and close familial ties.

Maureen is survived by her brother Martin O. Blanchard III (Mary Bernard Blanchard), of Waveland, MS, her one-eyed cat Pookashell, as well as dozens of loving cousins, nieces, and nephews.

She was preceded in death by her adoring parents, Martin O. Blanchard Jr. and Myrtle Church Blanchard, and sister Sue Ellen Carter.

In lieu of flowers, Maureen would have been honored for anyone to donate to the Hancock Humane Society: 7175 Texas Flat Rd, Kiln, MS 39556.

Other than the sneaky owl who plagued her backyard, she will be greatly missed during cocktail hour on her pergola by her neighbors and closest of kin.

Edmond Fahey Funeral Home is honored to serve the family and friends of Maureen Blanchard.
To order memorial trees or send flowers to the family in memory of Maureen Louise Blanchard, please visit our flower store.