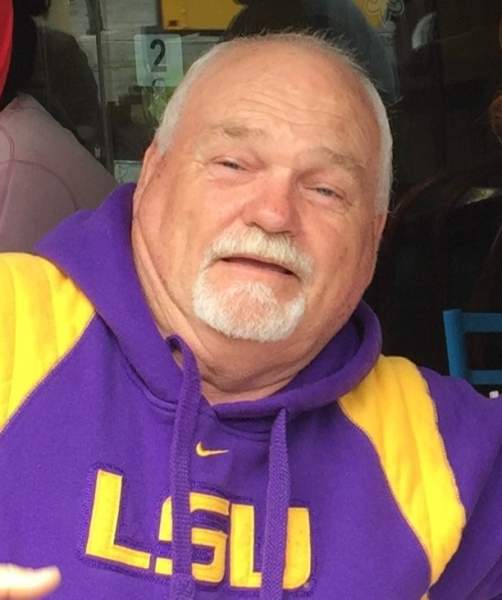 Matthew Leroy Karl, 73, passed away in his home on Saturday, September 3, 2022.
Matthew was born on November 16, 1948, and was a native of both Louisiana and Mississippi, calling the Gulf Coast his home.  He was an all-around athlete with a passion for playing football, making headlines in the local papers as #38 with the Bay High Tigers and then on to the semi-pro level where the NFL invited him to attend tryouts for the New Orleans Saints.  He would then go on to combining his passion for football and the desire to help his community by organizing and playing in annual charity events like the Pig Bowl, which supported local Toys for Tots, coaching local youth, and establishing the outdoor semi-pro team, the Gulf Coast Stingrays.
As a U.S. Army Paratrooper serving in the Vietnam War, Matt was assigned to several units, finding his brotherhood with the 101st Airborne Division.  After the Army, Matt continued to serve as a career law enforcement officer for 30 + years, beginning his tenure with the New Orleans and Bay St. Louis Police Departments.  He would go on to spend several decades with the Hancock County Sheriff's Office creating and commanding the first SWAT Team south of Hattiesburg, MS.  He served on multiple Task Forces and as the Director of the Hancock County Sheriff’s Narcotics Division, retiring at the rank of Major.
Matt’s dream was to ride in a prominent New Orleans Mardi Gras “super-crew” parade; becoming a longtime member of Endymion for 28 years.  His merriment continued with a walking club in a St Patrick’s Day parade in Metairie; his dreams were fulfilled.
A dedicated family man, arranging gatherings and cooking; his love of gardening and entertaining was a true gift.
Going through life with all the challenges and achievements one faces; he was respected and admired by many.  He never met a stranger.  Truly one of a kind he will be sadly missed.
He was preceded in death by his parents Margie (Saucier) Karl and Sterling R. Karl, half-brother Alcine F. Johnston, and half-sister Linda (Johnston) Mayfield, Grandparents: Alcine E. (former BSL Chief of Police) and Edna (Boudreaux) Saucier; Matthew J. and Inez W. Karl of NOLA.
Survived by his loving wife Kaye (Dupuy) Karl, daughters:  Bridget (Karl) Garcia (Erroll), Stephanie (Karl) Stelling (Carl), and Gretchen (Karl) Poyadou (Steve), grandchildren; Royce M. Garcia, Naomi Y. Garcia, Adolf C. Stelling, and Emily M. Stelling, sister Katherine (Karl) Reno, and numerous nieces, nephews, and cousins.
A Memorial Service will be held Thursday, September 15, 2022 at Edmond Fahey Funeral Home in Bay St. Louis, MS at 1:30 pm. The family will receive guests from 11:00 am until service time. Interment of the urn will follow at St. Mary's Cemetery also in Bay St. Louis.
Edmond Fahey Funeral Home is honored to serve the Karl Family.

To order memorial trees or send flowers to the family in memory of Matthew Leroy Karl, please visit our flower store.