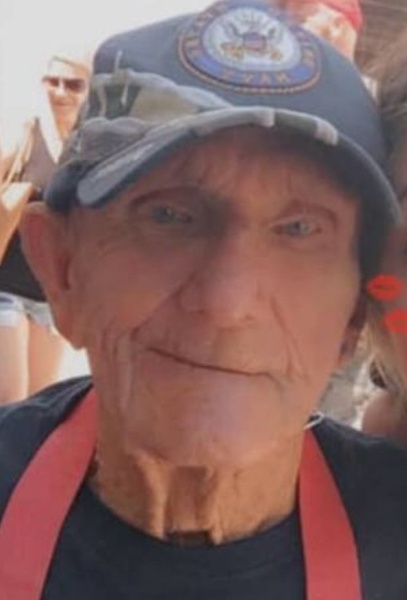 John Luther Tankersley, Jr., 84, also known as "Tank" to his Navy brothers and "Papa John" to the world, passed away Saturday, March 26, 2022 in Waveland, MS.
Papa John was born on December 2, 1937 in New Orleans, LA. He was a proud Vietnam Veteran who retired from the United States Navy after 30 years of service to his country. After retirement, he became a beloved security guard at various locations along the Gulf Coast including 10 years at Hancock County Hospital. He coached Hancock County Little League for 5 years, with his granddaughter (Holly) as his main player. He was the biggest Saints fan who always needed his football buddy (Joshua Sholar) for every game. Papa John loved flea markets, farmers markets, and he couldn't pass a yard sale without stopping. He was a wonderful and very loving father, grandfather and great-grandfather who will be sadly missed by his family and numerous friends. He was always out and about enjoying life. He loved his best friend Charley, the door greater Rose, at Walmart, all the other Waveland Walmart employees, the breakfast crew at Walmart McDonald's and the employees at Woodforest Bank in Walmart who all showed so much kindness and compassion to Papa John. He had a heart of gold and was one in a million. One of Gods chosen.
He was preceded in death by his wife, Diann Tankersley; parents, John Luther, Sr. and Theresa Tankersley; brother, Kenny Tankersley and two grandchildren, Stanley "Stan the man" and precious little Mark Drew.
He is survived by his five children, Donna Rainer, Tina Rainer, Bobbette Tankersley-Drew, Emily Tankersley and William Tankersley; sister-in-law, Debbie Tankersley; seven grandchildren, John Sholar "Jon Jon", Robert Sholar, Tabetha Sholar (Niki), Joshua Sholar, Holly Tankersley, Logan Drew and his precious Joanne and three great-grandchildren, Leila, Marianna and Elijah Sholar.
A Graveside service with a 21-gun salute will be held Monday, April 4, 2022 at the Biloxi National Cemetery in Biloxi, MS at 1:30 p.m.
Edmond Fahey Funeral Home is honored to serve the family and friends of John Luther Tankersley, Jr.

To order memorial trees or send flowers to the family in memory of John Luther Tankersley, Jr., please visit our flower store.