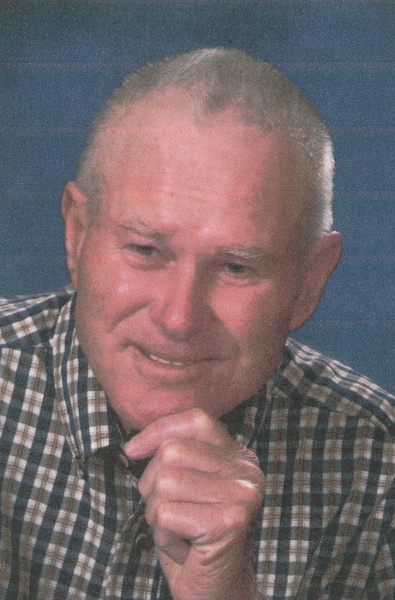 John Robert “Bobby” Ladner, Sr. passed away peacefully from a long battle with Alzheimer’s disease with his family by his side at his home on April 30, 2022 in Bay St. Louis, MS.

He was 84 years old, born and raised in Ansley, MS and a lifelong resident of Bay St. Louis, MS.

He retired after working with Hancock County Maintenance Department in 2003. Prior to that he worked at Bienville Steel as a machine operator where in 1987 he helped build the special cross for the stage when Pope John Paul II visited New Orleans. He was also a carpenter for Wayne Lusich Construction, a truck driver for Chevron, a machine operator for Brignac Enamel Plant and cut trees for a logging company.

In his spare time, he enjoyed being at his farm in Ansley, taking care of his horses, cows, hogs, and goats. He loved teaching his family his country upbringing by sharing his love of riding horses, churning butter, milking cows, and raising chickens. He kept up his family home in Ansley until Hurricane Katrina destroyed the house, barn and his animals. At his home in Bay St. Louis, he brought the country life with him by raising chickens and planting many vegetable gardens. He was always willing to help others in need. His strong Catholic faith was a role model to his family by participating as an usher for several churches including  St. Ann Chapel, St. John Catholic Church and St. Ann Catholic Church. He also was a parishioner at Our Lady of the Gulf Catholic Church.

We would like to thank his special caregiver, Crystal Labat. We would also like to thank all of Notre Dame Hospice employees especially Fanta, Kayla, Susan, Stephanie, Kendra, Angie, Missy, Yvonnie, Cindy, and Terrance and the hospice volunteers, Denise, Karen, Barbara, and Lorraine; and additional caregivers, Nadine and Geri.

Visitation will be 9:00am-11:00am on Tuesday, May 10, 2022 at Our Lady of the Gulf Catholic Church with a  Mass of Christian Burial at 11:00am followed immediately by a celebration of Bobby’s life at Bay St. Louis Community Center, 301 Blaize Avenue, Bay St. Louis, MS 39520. The burial will take place at 4:00pm at the Lakeshore Cemetery. Edmond Fahey Funeral Home is in charge of the arrangements.