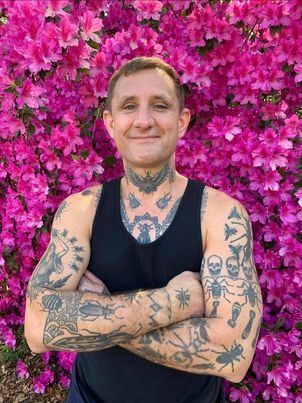 Jeremy Matthew Stewart-Clark, 46, passed away on Thursday, May 19, 2022 at Bayou La Terre Woodland Center in Mississippi.

He was born in New Orleans, LA on April 26, 1976, and resided in Arabi, LA until a tornado destroyed his home. Since then he has resided in Mississippi with his devoted partner on the Bayou La Terre land owned by his father.

Jeremy was a talented artist and musician and was devoted to his family and many, many friends. He will be greatly missed by all.

A celebration of Jeremy's life and creativity will be held at the First Unitarian Universalist Church, 2903 Jefferson Ave. in New Orleans on Saturday, May 28, 2022 at 3:00 p.m. followed by a reception.

Edmond Fahey Funeral Home is honored to serve the family and friends of Jeremy Matthew Stewart-Clark.

To send flowers to the family in memory of Jeremy Matthew Stewart-Clark, please visit our flower store.