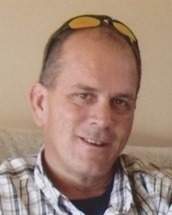 He will forever be remembered as a devoted husband, loving father, son, cousin and friend to everyone he knew. “Ray”, as he was known by his family and friends was born on October 26, 1972 in Bay St. Louis, Mississippi to Herman Ray Sr. and Joel Jeanette (Johnston) Ladner. He attended and graduated from Theodore High School in Mobile, Alabama. He attended college at Longview Community College and during that time he met the love of his life Theresa Ledesma. They were married on February 25, 1994. Together they raised their two sons, Raymond and Andrew.

Ray began working at Western Extra Light Electrical Supply Company and later on July 29, 2000 he started his career as a letter carrier with the U.S. Postal Service. He served twelve years as Union Stewart for the Postal Service from 2008-2020. He was a member of St. Mark’s Catholic Church in Independence, Missouri. He was a Nascar enthusiast and a season ticket holder for several years. He was a dedicated hard worker with whatever he got himself involved in. From fixing up his mother’s house for his son and fiancée to move into, to relaxing by fishing or working in his garden. Ray was a calm, quiet, kind hearted man who in reality had quite a sense of humor. He was very loving, caring and a devoted husband and father. Ray was considered somewhat of a football fan towards Auburn University or Alabama Tec (whoever was winning at the time) was the team he cheered for.  He will be sadly missed.

Ray is preceded in death by his loving mother Joel Jeanette Ladner who passed away on July 9, 2022.

He is survived by his loving wife of 28 years, Theresa Ladner, their son Andrew Michael Ladner of the home and son Raymond Lee Ladner and his fiancée Maribel Regalado of Overland Park, Kansas. Ray is also survived by his father Herman Ray Ladner Sr. and his step-mother Myra Ladner. Left behind to cherish his memory are his two faithful companions, “Coco” and “Shelby”. Ray also leaves behind an extended large family back in Mississippi.

Visitation will be held Friday, September 16, 2022 at Edmond Fahey Funeral Home from 11:00 a.m. until 12:00 noon with a prayer service at 12:00 noon. Burial to follow at Gardens of Memory Cemetery where Ray will be laid to rest next to his mother.
A reception to follow where everyone is invited at St. Ann's Catholic Church: 5858 Lower Bay Road, Bay St. Louis, MS.