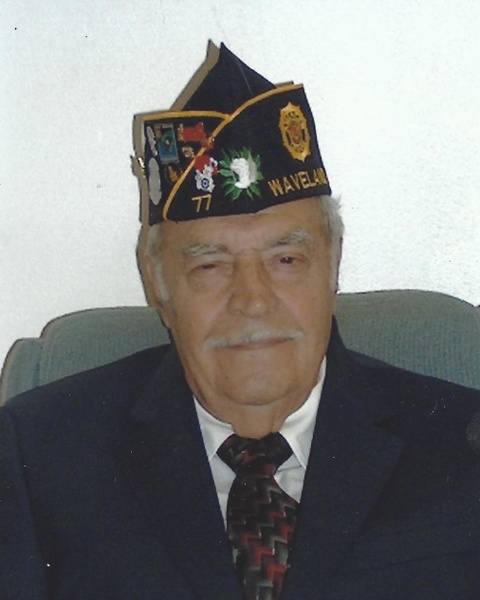 Dee had many interests such as dancing, big band music, old movies, fishing, crabbing, and visiting the casinos. However, he wasn’t one to merely pursue his own interests; he also gave back to his community in large ways.

Upon completing 3 1⁄2 years of High School, Elden J. Thomas graduated High School a half year early and was conscripted to serve in the US Army during WWII. His service contract terms read: “Enlistment For The Duration Of The War Or Other Emergency, Plus Six Months, Subject To The Discretion Of The President Or Otherwise According To Law”.

Elden J. Thomas served duty in the Pacific Theatre and on the mainland of Japan during the American occupation after the Japanese Surrender on 02 September 1945. He received the World War II Victory Medal and Army of Occupation Medal. Elden J. Thomas received an Honorable Discharge on 06 February 1947. He entered the private sector and worked in various capacities including ownership of the Port St Bar in New Orleans. He was a Life Member of the Bourgeois-Stieffel-Ray American Legion Post 77 Waveland, MS, where he held numerous positions including Post Commander, Vice Commander and Executive Committeeman from 1987 until his death.

Mr. Elden “Dee” Thomas has a long history of service with the Waveland American Legion. He began ‘working’ bingo in the mid 90’s in the concession stand at the pre-Katrina Post. He worked there for a number of years before moving over to take over as the bingo cashier. He was punctual, honest, and a friend to everyone.

He knew just about every bingo player by name. As his eyesight began to fail, he could tell who was coming in the doors to the main hall, simply by the way they walked. He also knew all of them as: ‘big bingo tippers’, ‘maybe a dollar tipper’ or ‘nothing out of that one tipper’. Much to the supervisor’s angst, he would frequently blurt it out loud enough for the first three rows of players to hear. But all who heard him would take it in stride – that was simply “DEE”! Dee was not one to simply forego expressing his opinions.

Only when his car was under water, did he miss a bingo session or when in later years when the doctors simply wouldn’t release him – and he made that known to them.

Bingo was, perhaps, the best of times he enjoyed after his wife passed. He must have been a great dancer in his ‘hay-day’ and at formal affairs he was a ‘snappy’ dresser. I bet he wore spats in his earlier days – and always suspenders. Never was he, without his suspenders.

His many stories of the bar he owned down in the 9th Ward in New Orleans always kept his audiences captivated. His unique mannerisms, so 9th Ward, always kept listeners on the edge of their seats. You never knew if the ending of any particular story would be a funny one, a serious one, or a tragic one.

Dee never let someone else do a tasking he could do. And try as we may to keep him off ladders or from painting doors in the new Post – well, our efforts were a waste of time.

As bingo cashier, even into his 90’s, he went to the bank every bingo day to pickup the bingo money and following bingo take it home for deposit the next day. Finally, had to refuse to let him take the money home at night for deposit the next day. He thought that unnecessary and foolish of us. But, we prevailed on this one. Only one of a very few battles we ever won over him.

He has been missed over these past months and, now, he leaves a big hole.

He is survived by his cousin, Carol Chauff Mercier.

Edmond Fahey Funeral Home is honored to serve the family and friends of Elden “Dee” Thomas.

To order memorial trees or send flowers to the family in memory of Elden "Dee" John Thomas, please visit our flower store.