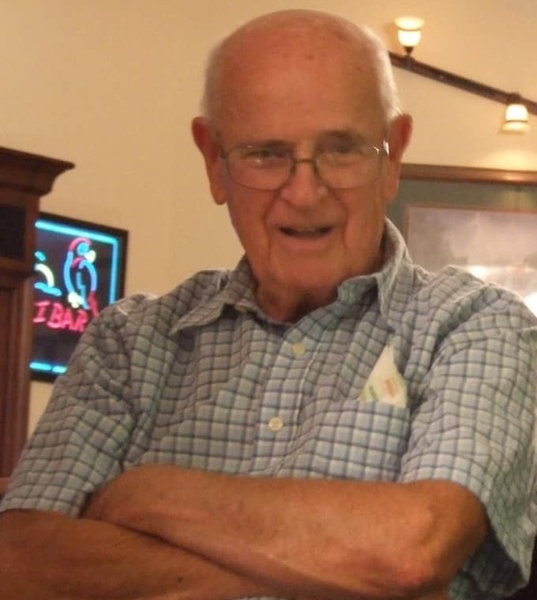 Born on October 14, 1925 in New Orleans, LA to Bertha and Henry Wellmeyer, Sr., Edward served his country for 2 years in the US Navy in World War II, where he saw action in the Asiatic Pacific Theatre in the Philippines and Okinawa off the Coast of Japan.
After completing his military service, he then went on to work in the clothing business in New Orleans for 35 years. Edward and his wife Alberta retired to Bay St. Louis, MS in 1989, where he became a member of Our Lady of the Gulf Catholic Church in Bay St. Louis for 20 years.
He is survived by his beloved wife of 68 years Alberta Rome Wellmeyer and his two loving children Jane Wellmeyer Clayton (Larry) and Danny Edward Wellmeyer, and his four grandchildren Christopher Clayton, David Clayton (Amanda), Kelli Clayton Manuel (Thomas), and Tristin Wellmeyer (Ryan).
Edward was preceded in death by his parents, sisters Clare Wellmeyer Jones and Ann Wellmeyer Larmann, and brothers Leslie Wellmeyer, Cyril Wellmeyer and Henry Wellmeyer Jr.
The family has requested that remembrances be made in the form of contributions to St. Jude’s Children’s Research Hospital. Call 1 (800) 805-5856.
A Graveside Service will be Tuesday, November 23, 2021 at 11:00 am at Westlawn Memorial Park Cemetery 1225 Whitney Ave., Gretna, LA 70056.
Edmond Fahey Funeral Home in Bay St. Louis, MS is in charge of arrangements.

To order memorial trees or send flowers to the family in memory of Edward W. Wellmeyer, please visit our flower store.