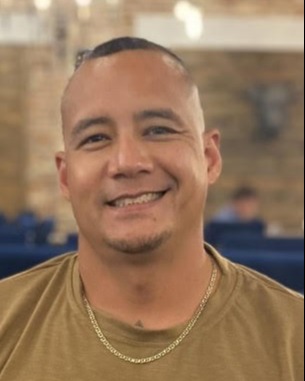 Rocky attended Bay High school. Rocky was a strong evangelical Bible believing Christian family man. As his working profession, Rocky started working in his younger years as an Ironworker traveling all over the United States working with his dad and brothers going as far as Gillette Wyoming. Of note is starting one particular job in the dead of winter with his brother Ray on Ray's birthday Dec 14th, Corpus Christi Texas, McPherson Kansas, and Rockhill North Carolina to name just a few. All parts and places in between the country. Rocky erected every piece of steel on the local Bay St Louis Hollywood Casino after hurricane Katrina. The casino project superintendent reported to his dad that he wished he had a whole crew of "Rocky’s.

In his later years until present, Rocky started his own very successful painting company "Rocko's Pro Painting". Rocky was a true "Man's Man" who enjoyed antique bottle digging, weight lifting, floundering and fishing most of all as his hobbies. Rocky loved to fish with his dad and brothers and two sons and nephews. Rocky loved to joke around while fishing and bet on who would catch the most or biggest fish and almost never lost that bet. Rocky loved everyone and was always a smiling, really good looking, big and strong, and a kind hearted man.

He also was a loyal protector of his family and friends, many of whom can testify to the fact that no one could harm any family or friend of his while he was around as he would very quickly put an abrupt end to any threat.

Rocky was preceded in death by only one very close family member who had a very special place in his heart his "Gram" Ms. Leah Ybos Braquet of Metairie, LA who lived with Rocky in the Waveland family home for over 20 years and played a special part raising Rocky and his brothers form a very young age.

In lieu of flowers donations can be made to Rocky’s fiancee and two sons at https://everloved.com/life-of/daniel-soldinie/donate/

To order memorial trees or send flowers to the family in memory of Daniel Rocky Soldinie, please visit our flower store.