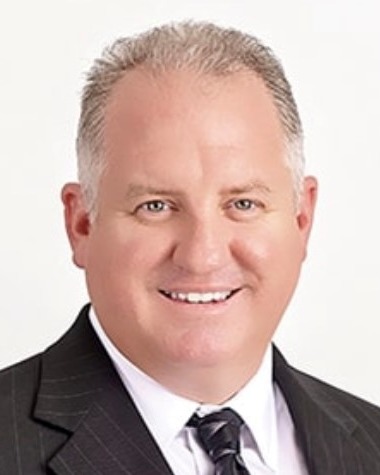 With much sorrow, I share the passing of Dr. Christopher Newman on January 12, 2023. The overwhelming amount of love and support that the family of Dr. Newman has received throughout this time demonstrates how many hearts Chris has touched. It is without a doubt, Chris dedicated his life to serving and helping others, leaving behind an eternal legacy of love, strength, selflessness, and support.

He was born in Fort Walton Beach, Florida, on December 20, 1974, the beloved son of Cheryl and Gilbert. Chris attended high school, and dropping out due to boredom and obtained his GED. He worked two jobs to support himself while putting himself through school.  Despite his hardships, he completed his undergrad at Milsaps College in Jackson, Mississippi. Then, he went on to study medicine at the University of Health Sciences College of Osteopathic Medicine, now named Kansas City University of Medicine and Biosciences, in Kansas City, Missouri.

Dr. Newman continued his surgical training completing a residency in Plastic and Reconstructive Surgery at Doctors Hospital of Ohio University College of Osteopathic Medicine and is Board Certified in both General Surgery and Plastic Surgery by the American Osteopathic Board of Surgery. Dr. Newman completed his general surgery training in Cleveland, Ohio, at Southpointe Hospital, where he met his wife, Rose. As a Double Board Certified, Surgeon, Dr. Newman demonstrated exceptional expertise in both General Surgery and Plastic Surgery specialties.

Dr. Newman entered private practice offering Plastic and Reconstructive Surgery in both Columbus and Mansfield, Ohio, until he relocated to his hometown state of Florida and established a practice with Rose in Florida in 2010, later in 2020, building his dream office with the help of his brother, Reid using the skills their father taught them in construction. Florida Plastic & Reconstructive Surgery, located in St. Petersburg, FL, is where he continued his passion for caring for and helping his patients.

Deeply compassionate, Chris had the utmost respect and admiration for our nation’s military members, veterans and first responders. He helped launch the non-profit foundation Restoring Heroes, which provides medical, logistical support, and advocacy for military and first responders who have suffered traumatic scars, burns, or amputations.

In addition to his many accomplishments, he became a pilot and flight instructor. He enjoyed spending time in the sky, flying out of St. Petersburg and Clearwater. In addition, Chris gave back to the aviation community by becoming an Aviation Medical Examiner, supporting current and aspiring pilots. An adventurer and lover of all life had to offer, Chris poured himself into hobbies and passions and wanted those around him to learn and immerse themselves and learn as he would have. He was addicted to seeing others smile and having a good time. Chris was the life of the party in every room; He was an avid musician who loved playing guitar with his stepfather, Dale. If you were lucky enough, you might have earned a front-row seat to one of his karaoke shows, where he would showcase his vocals and amateur dance moves. However, most would agree that some of Chris's fondest memories were fishing, diving, riding motorcycles, and crawfish boils with his father, Gilbert, his brother Reid and his family. He treasured those moments like no other. In 2020, Chris and Reid started their adventure learning to cowboy together, care for many animals and enjoy the outdoors with their families. Our dear Chris led his life with love; even though he is gone, his light will shine on forever. There is peace knowing he is in heaven fishing with his father and brother again.

To order memorial trees or send flowers to the family in memory of Dr. Christopher Michael Newman, please visit our flower store.