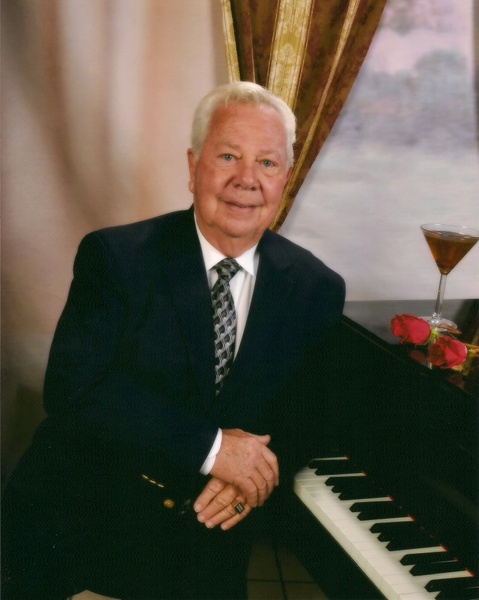 Charles Harry Gray of Bay St. Louis, MS passed away on Friday, April 29, 2022. A native of Waynesboro, MS, Charles was born on March 5, 1934. After graduation from Waynesboro High School, he attended Mississippi Southern College, currently the University of Southern Mississippi. After college, he served in the 15th Infantry Regiment of the US Army, 1956-1958. He spent most of this time in Europe, which allowed him to travel throughout the continent.

Charles often said that after his term in the service in the late 1950s “I went to New Orleans to a New Year’s party and stayed for 43 years.” In New Orleans, Charles met his life partner, Jim Plauché, owner of Corinne Dunbar’s Restaurant on St. Charles Avenue. Charles ran the iconic Creole Restaurant with Jimmy, regularly serving locals and luminary guests such as Walt Disney, Ernest Hemingway, Sophie Tucker, Liberace, and the Andrews Sisters.

Charles and Jimmy loved to take ocean cruises, and from the early ’70s until Jimmy’s death in 2000, the couple took a multitude of cruises and visited 159 countries.

After Jimmy and Charles closed Corinne Dunbar’s in 1984, they bought historic Beachwood Hall in Bay St. Louis, which Charles spotted when sailing from New Orleans to Key West.

Wanting to learn the history of the 1840s Greek Revival home, Charles visited the Hancock County Historical Society (HCHS), which had only six members who didn’t allow “just anyone” to rummage through their files. Charles joined the Society and was immediately appointed Vice President.

For Charles’s first act, he petitioned the State to officially name a maritime battle that had taken place in local waters in the War of 1812. When the “Battle of the Bay of St. Louis” designation was approved, the Historical Society held a celebration that included the firing of a cannon. “After that,” says Gray, “Our membership more than doubled, from seven to sixteen.”

Through the following forty-plus years, Charles served in every capacity possible at the Society and was eventually appointed Executive Director for Life, a position he actively and proudly held until the end.

Charles’s contributions to the preservation of Hancock County history were many and profound: He worked to increase HCHS membership numbers (there are currently around 500 members nationwide). He was a key player in acquiring HCHS’s headquarters, the Kate Lobrano House on Cue Street, where the Society stores and maintains its ever-growing archives. Charles spearheaded an ongoing and massive digital preservation project of all materials at the Society. With other volunteers he organized and hosted events like the popular annual Cedar Rest Cemetery Tour on Halloween and always, with his darling dogs Maxwell and Lexi, presented as the fascinating and erudite, welcoming, knowledgeable face of the Hancock County Historical Society.

Charles Gray was witty, charming, and legendary for his ability, as one friend put it, to “spin a yarn”; for many years he was also an in-demand public speaker—always ready to educate on the history of Hancock County. He dressed impeccably, enjoyed his afternoon tea every day, loved antiques, and was an avid collector of fine china and art. An adventurer with boundless energy, he traveled frequently to Europe and even moved to Scotland for a time in 2018. Above all, Charles was a loyal and cherished friend.

A memorial tribute to Charles will be held at the Hancock County Historical Society on Cue Street on Saturday, June 4th at 2pm.

Edmond Fahey Funeral Home is honored to serve the family and friends of Charles Harry Gray.

To order memorial trees or send flowers to the family in memory of Charles Harry Gray, please visit our flower store.