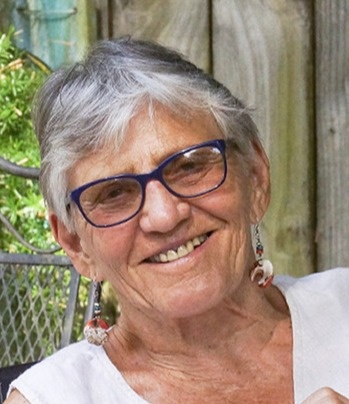 A shining light in Bay St. Louis has gone out with the passing of Camille Irene Tate, age 85, after a brief illness.
A proud “Cajun” from Ville Platte, La, she was preceded in death by her parents, Albert and Irene Tate, her siblings, Edith Brown, Judge Albert Tate, Jr. and Renee Tate.
She leaves behind numerous nieces and nephews, a huge “family” of friends, especially her life-long friend, Dovie Mayes. She was also accompanied in later life by her dear cat, Tucker.
Camille loved her days as a boarding student at Sacred Heart Academy in New Orleans. Following a degree from South La. Institute (now University of La. at Lafayette) in Education and Speech Pathology, she continued her studies at Loyola University seeking an M.A. in counseling.
Following a 20-year career with Jefferson Parish Schools, she moved to the Coast, where she had spent many happy summers as a camper and counselor. Not one to sit still, she began her next career as a real estate broker in the Pass Christian and Bay St. Louis areas. She never met a stranger and loved introducing people to the area. She had a natural sense of hospitality that graced all of her clients and associates.
Following in the footsteps of her parents, Camille believed and lived by community involvement; her civic activities are too many to list but include CASA, Coastal Family Health Center, Hancock Historical Society, Hancock County Exchange Club, Bay St. Louis Planning and Zoning Commission, and every political campaign in the area. She was an ardent supporter of The Arts of Hancock County and never did anything halfway; she jumped in with both feet and committed fully and enthusiastically. Camille will be remembered for all her love, loyalty, passion for life, and her determination to make things better for everyone. She was the essence of a good citizen and friend.
In lieu of flowers, donate to Friends of The Animal Shelter (P.O. Box 2274, Bay St. Louis, MS 39521) or a charity of your choice.
A memorial will be held in the near future.
Edmond Fahey Funeral Home is honored to serve the family and friends of Camille Irene Tate.