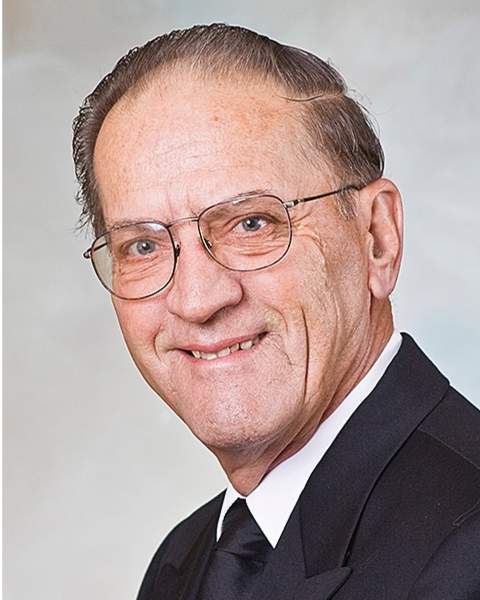 Born in Fall River, MA, on March 17, 1933, Brother Robert was a son and one of nine children of the late Théophane Lavoie and Lucie Gagnon. He was 89 years old. Brother Robert entered religious life at Sharon, MA, on April 1, 1951. He professed his first vows in 1953 at Mount Saint Charles Academy in Woonsocket, RI, and his final vows in 1959, at Cor Jesu Terrace, Harrisville, RI. An educator par excellence who had a gift for forming young people, Brother Robert earned a BA degree in History from St. Michael’s College, Winooski, VT (1960), a Bachelor’s of Pedagogy from St. Louis College, Edmunston, New Brunswick, Canada (1967), an MA in Teaching History, also from St. Michael’s (1974), and a Certificate of Advanced Educational Studies from Boston College in Chestnut Hill, MA (1986). His many degrees and certifications attested to his knowledge and qualifications, but Brother Robert was such an asset to all the schools in which he ministered because he won his students’ hearts with his interesting classes, gentleness, warm smile and patient understanding. During the first 23 years of his ministerial life, Brother Robert was a teacher in Nashua, NH; Central Falls, RI; Edmunston, NB; Fitchburg, MA; and Woonsocket, RI. The second part of his professional career was spent as school administrator, i.e., as assistant principal and business manager. Regardless of his title or named responsibilities, Brother Robert sought ways to keep in touch with the main object of his educational ministry: young people. As business manager at Mount Saint Charles Academy, Brother Robert oversaw the construction of the school’s gymnasium expansion, and subsequently became the supervisor of the major renovation of the Brothers’ retirement home in Pascoag, RI. The last seven years of Brother Robert’s active ministry was spent serving at St. Anne’s Mission in Klagetoh, AZ, where he also won the hearts of the people of The Navajo Nation. Only ill- health forced him to leave the reservation and active ministry the last five months of his life. Brother Robert will be remembered as a generous, hard-working Brother who worked quietly, diligently and skillfully at any task assigned to him. He was a pleasant Brother with whom to live, a man who loved community life, and a religious who radiated peace, humility and joy. For his life of service and example, Brother Robert was inducted into the Mount St. Charles Hall of Fame in 2010.

He is survived by two sisters, Lucille (Omer) Demers and Yvette (Paul) Berube; and a host of nieces and nephews.

A wake will be held with Brother Robert’s cremains on Thursday, September 15, beginning at 4:00 PM at the Brothers’ residence chapel in Baton Rouge next to Catholic High School, 801 Hearthstone Dr., Baton Rouge, LA 70806. A Funeral Mass will follow at 4:45 PM. Brother Robert’s cremains will be brought to New England where another wake will be held on Saturday, September 17, at 9:30 AM in the Brothers’ residence chapel at 685 Steere Farm Road, Pascoag, RI 02859. A Mass of Christian Burial will be celebrated at 10:30 AM followed by interment in the Brothers’ cemetery in Pascoag. A light meal will be served to continue the celebration of Brother Robert’s life and ministry after the services.

To order memorial trees or send flowers to the family in memory of Brother Robert Lavoie, S.C., please visit our flower store.