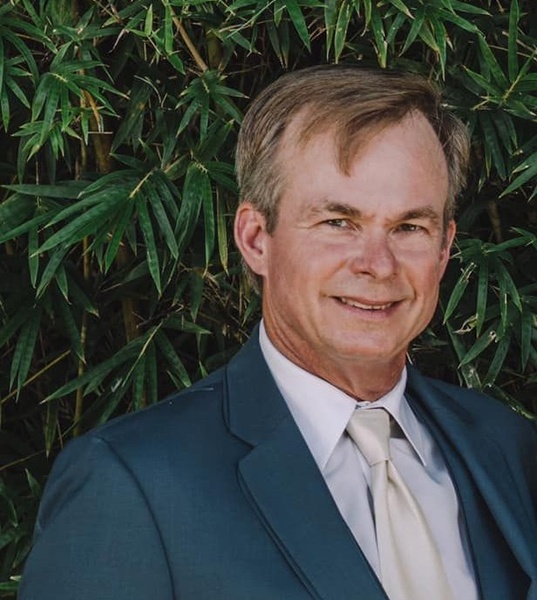 Brett Larkin Barrett, 60, of Waveland, MS passed away peacefully in his home on Thursday, November 25, 2021.

Brett was born in New Orleans, LA on July 25th, 1961, and was a devout member of Our Lady of the Gulf Catholic Church. He was a loving husband to his wife, Maria Casillas Barrett, as well as a caring father to Katie, Elliot, Patricia, Juliana, and Isabel, and a beloved Pops to Barrett and Beau. He was a dedicated son, brother, and uncle.
Brett was a devoted man of God. His faith was of utmost importance to him. He was an avid lover of life. Every single day he wrote in a prayer book thanking God for this “great gift called life.” He was a dedicated employee of United Rentals as a sales coordinator. He loved having fun and spending time with his friends. He was happiest being outdoors, watching LSU football, and spending time with family, especially on the holidays (Thanksgiving, Christmas, Mardi Gras).
Brett was preceded in death by his father and stepfather; Thomas Joseph “Tom” Barrett Jr. (Geraldine), and stepfather, Dr. John B. Levens, M.D.
He is survived by his wife, Maria Casillas Barrett of Diamondhead, MS; mother, Gayle Larkin Levens of Biloxi, MS, children; Katie Barrett Walters (Jordan Walters) of Laurel, MS; stepchildren, Elliot Arroyo, Patricia Arroyo, Juliana Arroyo (Justin McMahan), and Isabel Arroyo of Diamondhead, MS; grandchildren, Barrett and Beau Walters of Laurel, MS; siblings, Thomas “Tommy” Barrett (Nyla) of Waveland, MS, Colleen Hozey-Read (Todd) of Gulfport, MS, Patrick Barrett (Brandee) of Harahan, LA, Dax Barrett (Heather) and Brandi Barrett Mire (Patrick) of New Orleans, LA, and numerous nieces and nephews.
In lieu of flowers, please consider donating to The Kings Kitchen: 2005 Longfellow Rd Bay Saint Louis, MS 39520.
Visitation will be held Monday, November 29th, 2021, at Our Lady of the Gulf Catholic Church from 9:30-11:00 am. Mass will immediately follow at 11:00 am. Following mass, the internment ceremony will be at Saint Mary Cemetery at 304 S. Necaise Ave, Bay St. Louis, MS. Please join us for a celebration of his life immediately following the internment at Our Lady of the Gulf Catholic Church.
Edmond Fahey Funeral Home is in charge of the arrangements

To order memorial trees or send flowers to the family in memory of Brett Larkin Barrett, please visit our flower store.