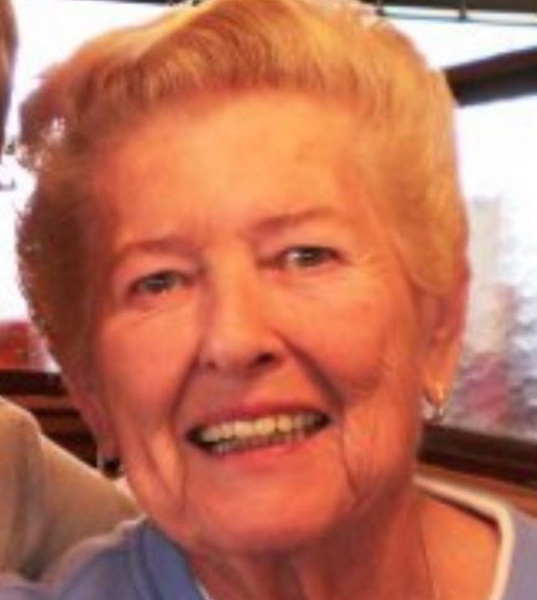 Barbara Ann Rappold passed away Tuesday, December 7, 2021 at her home in Diamondhead, MS at the age of 88.

Born in New Orleans, LA, Barbara graduated from St. Mary’s Dominican College in 1961 with a BS degree in Physical Education. She started her teaching career at St. Joseph Academy continuing on to PGT Beauregard.
Barbara spent her weekends and summers in Waveland with her lifelong friend Laura Miller, dedicating their time to the St. Clare School summer swimming camps. Eventually they made Waveland their permanent home. They opened the successful Dixie Belle Bakery on Coleman Avenue where Barbara was an excellent baker and cake decorator.
Later on, Barbara proudly represented the citizens of Waveland as City Clerk and Alderman of Ward 1 serving under numerous mayors.
Barbara, a former member of the Krewe of Nereids, was honored to serve as Queen Doris the XI and later served as the first queen of the men’s Krewe of Triton as Queen Aphrodite the I.
Barbara finished her career with the Pass Christian School System where she was the middle school basketball coach and taught computer science.
Barbara was preceded in death by her parents, Henry and Elmyra Zimmerman Rappold and her lifelong friend Laura Miller.
She is survived by Victor G. Lachin III and Laura J. Lachin Stepro who she raised and loved as her own.
Visitation will be held on Monday, December 13, 2021 from 11 a.m. to 2 p.m. with a 2:00 p.m. service at Edmond Fahey Funeral Home in Bay St. Louis, MS. Entombment will be on Tuesday, December 14, 2021 at Greenwood Cemetery in New Orleans at 11:00 a.m.
Edmond Fahey Funeral Home is in charge of the arrangements.

To order memorial trees or send flowers to the family in memory of Barbara Ann Rappold, please visit our flower store.