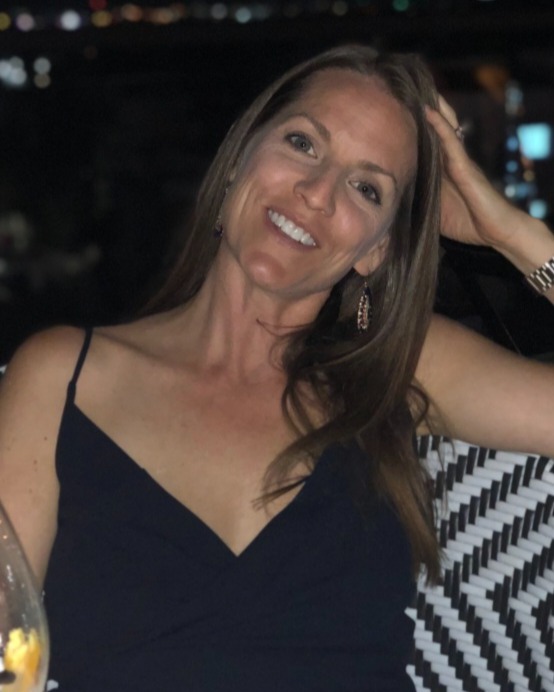 Annette Lynn Morel Carter (44) of Bay St. Louis passed away Thursday, January 12, 2023, surrounded by loved ones after a brief and sudden illness.

She was born November 3, 1978, to the late Louis John Morel, III, of Buras, Louisiana, and Kathleen McGinity of Bay St. Louis.  She spent her first four years living in Buras, Louisiana.  Following her father’s death, she moved to Waveland with her mother, brother and sister.  She attended Bay Catholic Elementary and graduated from Our Lady Academy (OLA) in 1997.  While at OLA, she enjoyed spending time with her friends and playing soccer.

Annette enjoyed fishing and crabbing with her children, seafood boils, big family get-togethers, big friend get-togethers, and sharing culinary experiences. As a child, when oysters were in season, she’d be by her father’s side eating them as fast as he could shuck them. At family gatherings, she’d often stake her claim to the last ham hock in the gumbo or the final piece of fried liver (or any other organ meat). From those gatherings with family and friends, a simple conversation or an off-hand comment would set Annette’s wheels turning. Loyal, conscientious and thoughtful, she would respond or follow up later with insights into a prescription or side effects.  Despite being the St. Stanislaus Homecoming Queen, Annette never enjoyed being the center of attention. She actively practiced her faith and was a loving and dutiful wife and mother. Her family, friends, co-workers, and all who knew her will forever miss her beauty, grace, dignity and strength.

Annette attended Our Lady of the Gulf Catholic Church and raised her family in the faith.

Memorial services will be held at Our Lady of the Gulf Catholic Church on Monday, January 16, 2023. Recitation of the Rosary at 9am. Visitation will begin at 9:30am followed by a mass of Christian burial at noon.